Preparing to lead with TNPSC exams 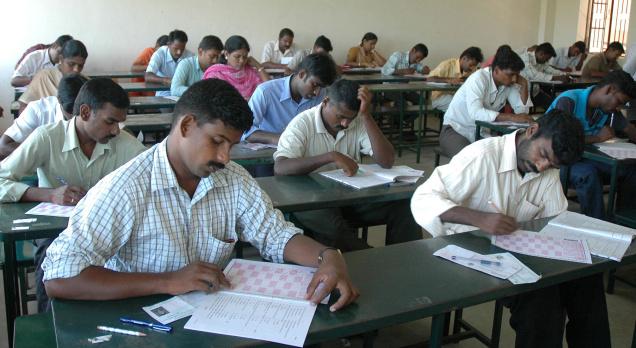 SC exams are said to be highly anticipated by the youth of Tamil Nadu, hoping to secure prestigious government job especially in public services. There is a need for the aspiring candidates to have a brief background in regards to TNPSC board the exams that are conducted, before trying to apply for it or planning to buy TNPSC books.

Each year, lakhs of youths in Tamil Nadu are said to await circulars which announce TNPSC exam notifications. The TNPSC was said to be founded by the British in the year 1923 and is currently the emerging government body that heads public works and welfare of the state of Tamil Nadu. Previously, it was referred to as Madras Service Commission and is said to have the distinction of the very first state commissions to be established in the country.

This commission is responsible to conduct examinations for recruiting eligible candidates in public service positions throughout the state. To achieve this, more than 170 examinations are organized by this board as part of the yearly recruitment drive to fill up various positions, which include state, subordinate and ministerial service positions. Candidates can easily find TNPSC books for different positions both online and offline to study.

Circulars in regards to the TNPSC examination notifications are sent by the commission at regular intervals through publication journals and official website for interested candidates to go through. Also there are numerous recommended TNPSC Study Materials , which the candidates should avail for preparing for the exam. The circulars get tracked and followed religiously, especially by those who plan to go for the coveting career in IAS.

Like with the IAS Services, notifications in regards to TNPSC exams are followed fervently by youth who plan to dedicate their lives towards state public services. The positions are said to be highly coveted, since they belong to category of the highest paid state public service jobs. It is for this reason, candidates in huge numbers from all over the state try to appear for this examination and try to avail TNPSC books that can help them to accept the challenge and to be confident.

Understanding the patterns and levels of the TNPSC exam

For entering the public service roles that are conducted by TNPSC board, requires the candidates to qualify three test levels, with the first being written tests in two rounds and an oral test, all of which are to be successfully qualified.

The examination announcements typically are monitored for four major groups of positions. With lower being the group number, the higher is the position and rank.

Group 3 & 4: They are the lowest in ranks and cover mostly skill based positions like stenographers, typists, translators, along with other administrative roles.

Going through the Best TNPSC books can help the individual to know about the same in details.

Conclusion: Qualifying the TNPSC exam is sure to provide the individual with a coveted position that he/she is sure to enjoy.

Summary: The TNPSC is an important platform and offers candidates with positions that are highly respected in the society.