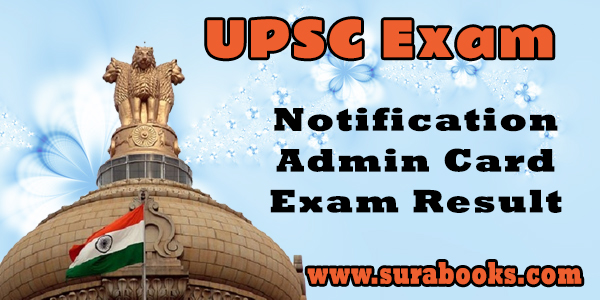 Union Public Service Commission has released the result for the written test conducted for National Defence Academy (NDA) and Naval Academy (NA) Examination II, 2017. The written test was conducted in September 2017. The candidates who have qualified the written test will next have to appear for Interview which will be conducted by Services Selection Board (SSB) of the Ministry of Defence for Admission to Army, Navy and Air Force Wings of the National Defence Academy for the 140th Course and for the 102nd Indian Naval Academy Course (INAC) which will commence on July 2, 2018.

Candidates can check their results by clicking here.

The official dates for all events of NDA 1 and NDA 2 are declared by the UPSC.

The exam was held on September 10 this year and candidates who have cleared this exam can appear for the interview rounds which will be conducted by the Service Selection Board of the Ministry of Defence. Candidates who have been declared qualified in the written exam should register themselves online on the Indian Army Recruiting website joinindianarmy.nic.in within two weeks of announcement of written result. The successful candidates would then be allotted Selection Centres and dates, of SSB interview which shall be communicated on registered e-mail ID.

“Candidates are also requested to submit original certificates of Age and Educational Qualification to respective Service Selection Boards (SSBs) during the SSB interview.” The candidates must not send the Original Certificates to the Union Public Service Commission. For any further information, the candidates may contact Facilitation Counter near Gate ‘C’ of the Commission, either in person or on telephone Nos. 011-23385271/011-23381125/011-23098543 between 10:00 hours and 17:00 hours on any working day.

The mark-sheets of the candidates, will be put on the Commission’s website within fifteen (15) days from the date of publication of the final result. (after concluding SSB Interviews) and will remain available on the website for a period of thirty (30) days.